International Festival of Vineyard and Wine “Bachus” 2018 reached this year at the XXVIth edition, is a traditional event, which is a true “business card” for Vrancea County, the largest vineyard of Romania. The Bachus Festival took place between 4-7 October 2018 in Focsani and included ample actions: The National Wine Contest (9th Edition), Wine tasting lessons held by famous sommelies, The Wine Exhibition. The event aimed to promote the vintners, the local producers and the Vrancea wines, which are a real emblem for Vrancea County. 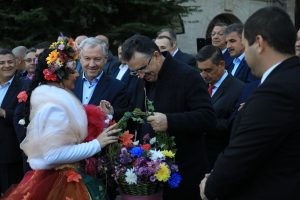 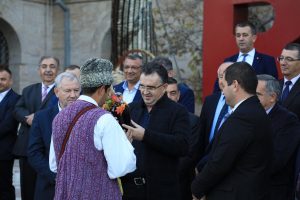 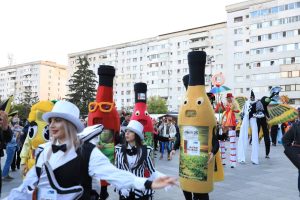 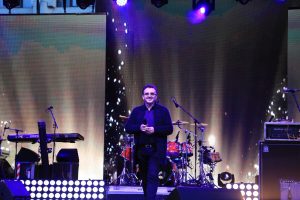 The National Wine Contest “Bachus”, the 9th edition, is the central event of the festival and is one of the most important Romanian competitions. 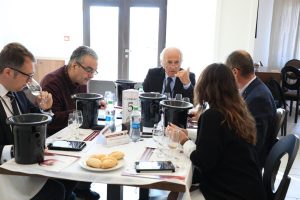 The jury of the National Wine Contest “Bachus” was composed of experienced wine-tasting experts from all over the country and abroad, world-renowned. The president of the jury was the academician Valeriu V. Cotea, and the presidents of the five tasting committees were: Roberto Gatti – Italy, Luigi Salvo – Italy, Luciano Parrinello – Italy, Vito Mezzapelle – Italy and Daniele Chianti – Italy. 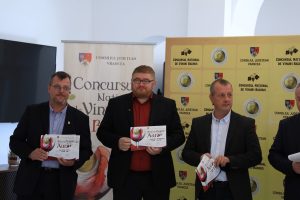 Titles of great champions for white wines obtained: Tămâioasă Românească- 2017 year, from VINCON and Sauvignon Blanc, from SC NATURA SRL, under the brand Casa Panciu- 2017 year. Beside of the diploma, VINCON and SC NATURA SRL also obtained a free registration of 10 wine samples each year at the World Wine Competition in Brussels – held from May 2-5, 2019, in Aigle, Switzerland.

Great winners in the red wines category were the following: SC NATURA SRL for the Fetească Neagră variety -2012 year, and DASADI SRL producer from Vrancea, under the brand name Daniel Wine, for the same variety, Fetească Neagră- 2017 year. They also obtained, the free registration of 10 wine samples each at the World Wine Contest in Brussels.

The Wine Exhibition “Bachus” had the role of promoting local wine producers at national and international level. The most important are: the wine, for which Vrancea is famous. In the previous editions of the International Festival of Vineyard and Wine, local wine producers have concluded important contracts with business partners in the country and abroad, following the promotion they have benefited. 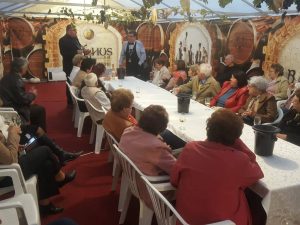 Tasting lessons took place in the Union Square, in a specially designed tent, from 5-7 October 2018, where the enthusiasts of the wine learned how to taste wine and how it can be associated with various meals. Among the sommelies who participated in the tasting lessons were Marian Timofti, George Ignat, Vasile Ghimpu.

During the festival, the Vrancea Cultural Center also organized some events: 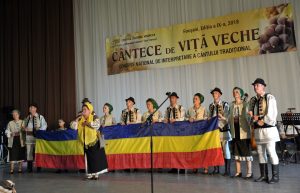 The National Song Contest “Songs of the Old Grapevine” reached at the 9th edition. The purpose of the contest was to lead to the discovery of new talents, their promotion and the appreciation of the traditional song from different parts of the country and the Republic of Moldova. 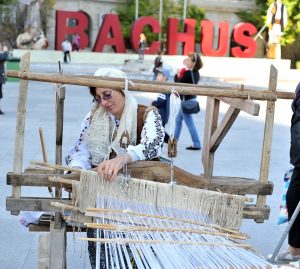 National Folk Craft Fair reached at the 20th edition. The popular folk artists were from the following counties: Bistrita-Nasaud, Bucharest, Covasna, Harghita, Maramures, Sibiu, Suceava, Valcea, Vrancea. The event promoted the development of cultural exchanges at county and national level, the cultivation of values and authenticity of folk creation, the transmission, promotion and valorisation of traditional culture and cultural heritage.

Autumn Awesome Contest reached 6th edition, was addressed to high school students and post-secondary schools. The presentation of the alai was inspired by the themes of cultural and artistic events inspiring the bacchanalian, the autumn, the path of wine and wine. 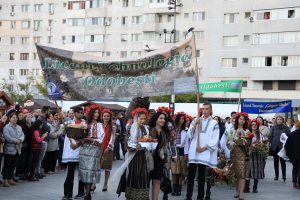 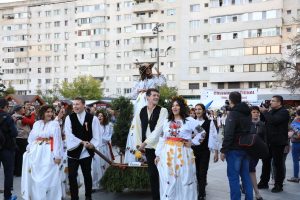