On the Marasesti front, where the “Do not pass this!” Guiding idea became history, the roots of a project of great significance for the Romanian collective memory and consciousness last year were: The National Memory Park “Oak trees of  Romania – 100 Years of History and dignity “RoMândria.

This volunteer project continues in the Year of the Centenary of the Great Union, with the second planting campaign, which will take place on Saturday, April 21, 2018, at 10.00 on the former World War I battle front in Marasesti, Vrancea County. This spring will be planted 112,500 oak saplings on an area of ​​25 hectares.

The first planting campaign, which took place on 18 November 2017, was attended by about 8,000 volunteers who planted in just three hours 50,000 oak seedlings on a hectare of 10 hectares, demonstrating an extraordinary mobilization .

From the desire to honor the memory of the soldiers fallen on World War I battlefields, the idea of ​​planting an oak forest on a 75-hectare area, in the form of a park open to the public, near the Marasesti Mausoleum, was born. Every hero fallen during the First World War, who sacrificed his life for the Great Union in 1918, will be symbolically represented by one of the 350,000 oaks that will form the National Memorial Park. The project is phased by the end of this year, when Romania celebrates the Centenary of the Grand Union.

The Vrancea County Council is the coordinator of the campaign “RoMândria – Oak trees of Romania- National Memorial Park – 100 Years of History and Dignity”, along with Antena 3 TV channel – initiator partner and Ministry of National Defense (MAPN), National Forest Administration – Romsilva, National Institute for Research and Development in Forestry “Marin Drăcea”, as partners. 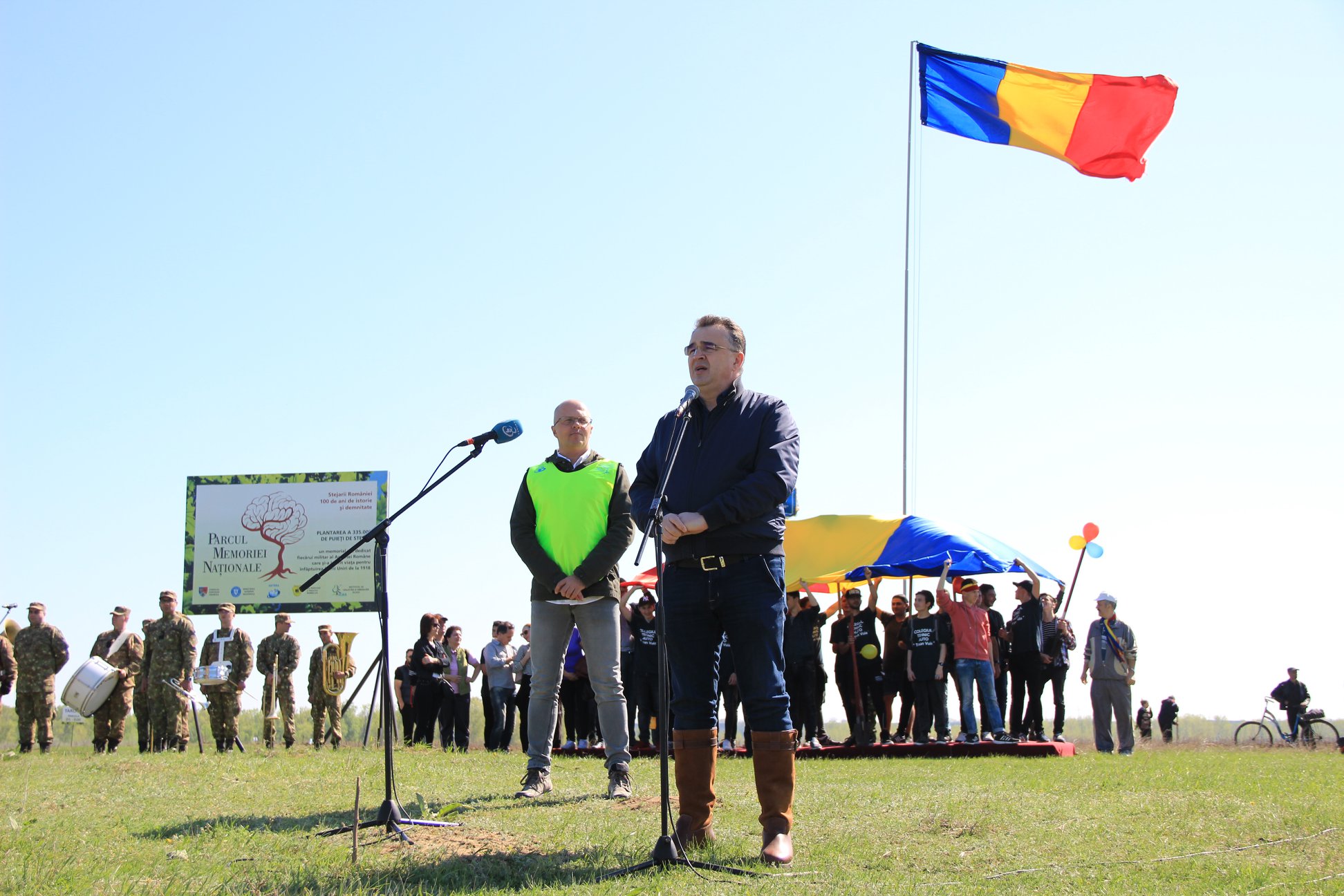